Thousands of trees and shrubs will be bulldozed and won’t be replanted on the berm.

The Bow River is an integral part of the Bowness Community and the residents value its natural beauty. The river valley is a place for Bownesians to connect with nature.

In the spring of 2017, Calgary City council approved The Flood Mitigation Measures Assessment Report that includes the construction of dykes in four Bow River communities, including Bowness. If the project proceeds, the dyke in Bowness will extend between the CP Rail Tracks and Shouldice Bridge, between 3-4km, as shown in the map that appears in a City of Calgary brochure (December 2017).

The average height of the proposed dyke is approximately 1 metre (3.6 feet) but may be as high as 2.0 metres (6.5 feet) on some properties. BRFM has been told that the dyke could be some combination of earthen berm and wall and the width of the berm could be as wide as 30 feet to accommodate vehicles access along the dyke.

So just how much vegetation will be bulldozed to make way for the dyke? BRFM conducted a tree census to answer that question. We counted, measured and mapped more than 5700 trees and shrubs(1) that stand in the way of the proposed berm alignment.

The proposed berm requires removal of the trees and vegetation that naturally provides some flood protection and the City will not allow replacement of lost trees on or near the berm because the roots may jeopardize the integrity of the structure.

Alberta Environment and Parks experts recognize many of the species identified in the census (e.g. willows, swamp birch, Saskatoon berry, choke cherry, rose, wolf willow, honeysuckle, etc.) as “very important” or “moderately important” to wildlife (Guide to the Common Native Trees and Shrubs of Alberta, By Wayne Inkpen and Rob Van Eyk). This urban forest provides shelter and food to the wildlife that live here.

Even the City of Calgary Parks & Recreation has posted interpretive signs in Bowmont Park (across the river from the proposed project) that speak to the importance of our urban forests. One of these signs states:

What are some of the other benefits of maintaining a healthy urban forest? 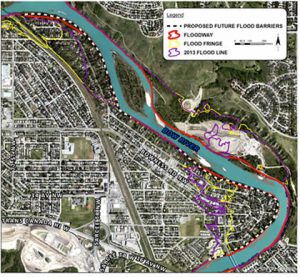 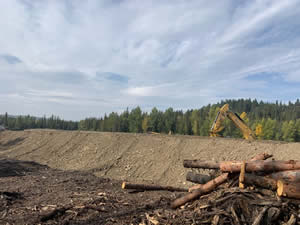 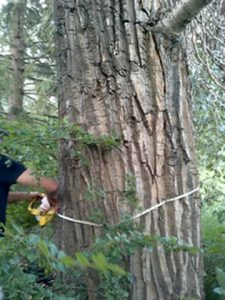 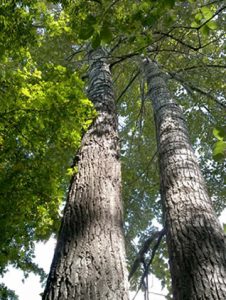 Visit BRFM’s wildlife inventory to see images of the wildlife sited in Bowness along the banks of the Bow River. 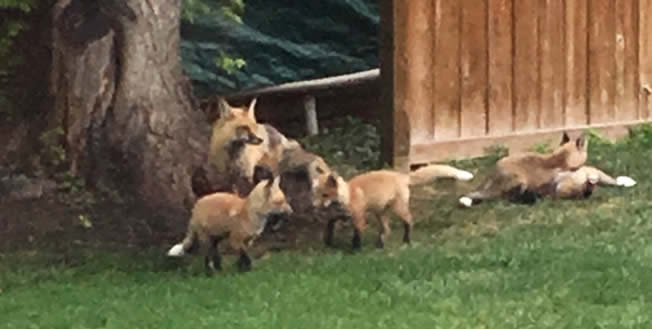